by Jonathan I Hirsch 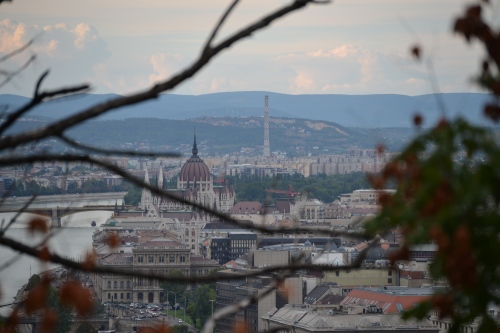 Just like that, from one day to the next, the sun glistening onto the waves of the Danube were replaced with dark clouds and a fierce wind.

The first couple of days we fortressed ourselves from the cold, polished off liters of beer, and worked furiously around our flat. Though sneaking ourselves bundled toward the stalls of the Great Central Market in search of some deep-fried sin or another was an ever-present danger/possibility, we decided that a break from the langos life was in order. Hungarian cuisine is magnificent but you won’t survive a great many winters unless roots and greens are consumed at some point.

I jumped at the opportunity to begin making stews, and with boiled beets and stock, cabbage, and some assorted vegetables in the fridge, Borscht was an easy front runner.

While the soup means something different to every country (and many micro-regions) of Central Europe and beyond, my favorite versions have always included: beets, cabbage, dill, & thick hunks of rye bread. I’d recommend boiling beets and saving the juices, which with a simple rue, keep the broth light, rich, and earthy–and don’t forget peppers, golden (or yukon) potatoes, and heaving spoonfuls of paprika.

And I don’t care what anybody says, I will cook this soup as long as I can stand to wait around with a house full of its inescapable aroma.

Having recently visited the Szimpla Kert Market as mentioned in my last post, I still had some fabulous caraway cheese to shred over the top in the absence of rye bread, which absolved me from feeling guilty about not leaving the house once. 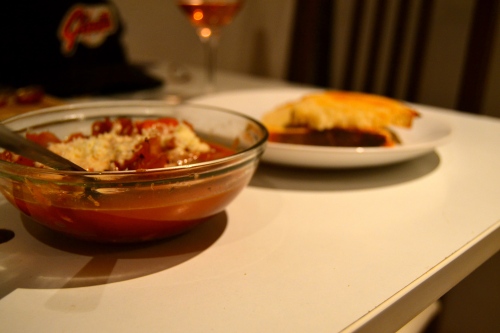 2 Comments to “Autumn We’ve Come Prepared: A Slow Borscht For A Long Day”