A Farmer’s Market In A Ruin Pub 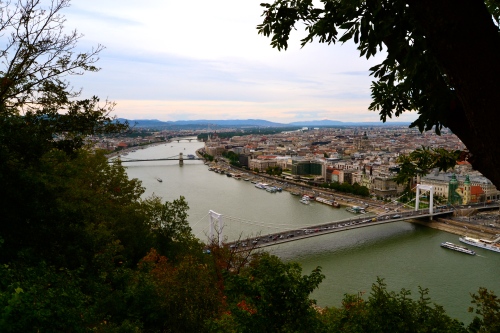 Budapest: the Paris of Eastern Europe, a city of remarkable beauty and history.

District VII has an energy that is unparalleled by other parts of the city. The reasoning for this may be complicated by its past, but the sense is undeniable. Walking down the cobbled section of Dohany Utca on a Friday night and you will pass in and out of surges of noise and activity, punctuated only by the occasional residential building. At its center is the Great Synagogue , and the tight conglomerate of alleys and streets that surround it.

The problematic history of District VII (and indeed of Hungary as well) starts with WWII, when according to some calculations 437,000 Hungarian Jews were deported from the city. Many of the buildings in the neighborhood fell into disrepair–remaining unoccupied in some instances for decades. The area continued to be undeveloped through into the 1980’s, when large numbers of Romani moved into the abandoned and vacant residential complexes that border one another back to back, in rows across the neighborhood.

In the last two decades, the very blight that has left District VII beleaguered has now become its greatest asset. Dozens of vacant complexes have been transformed into multi-roomed bars, each with their own character—the courtyards turned into garden pubs. In keeping with the spirit of the change, many feature an eclectic mix of found objects, repurposed junk, and vintage furniture. Easily the most famous Ruin Pub in Budapest is Szimpla.

It is stunning to see a neighborhood blossom, to watch a city embrace its history while at the same time turning a new leaf. As a native San Franciscan, all too often I have felt that my hometown has failed to preserve its own heritage in the fog that comes with the unceasing march of commercial “progress”.

On Sundays Szimpla opens its gates to local farmers, growers, cheesemongers, and many more for a weekly market. On a sunny afternoon in Budapest, you can buy home-bottled preserves, a colorful array of pickled vegetables, or bag of fresh pears and apples from local merchants. Afterward you can sit in the garden with a beer and be thankful that things once thought to be an eyesore can blossom with a beauty all their own. 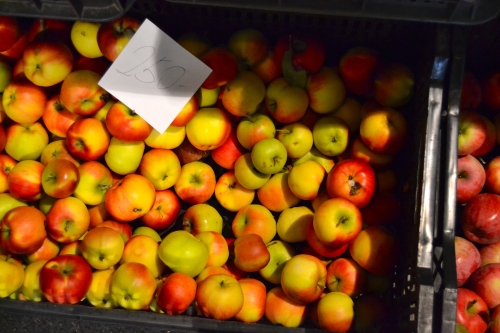 On our way out one afternoon, we encountered a lovely non-profit group called the Budapest Bike Maffia, a group of riders who accumulate food donations and deliver them to in-need families every Sunday. We ran back in and bought a bag of produce. They took our picture and told us they’d post it on their facebook page. We left with our baskets full, grateful to have been given a tiny snapshot of the neighborhood’s vibrant new scene, and reminded once again of what progress (at it’s best) should look like.