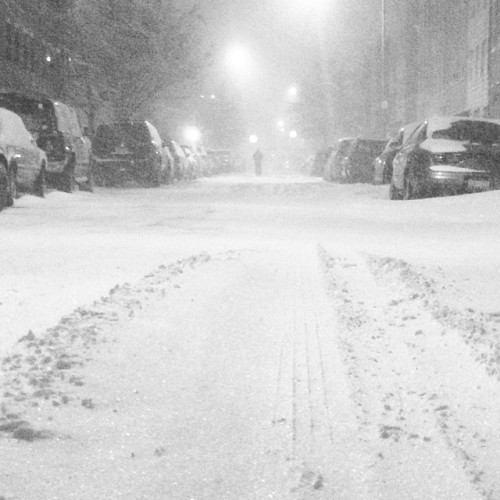 Moving to New York in the wintertime is, at the very least, a significant challenge. But there is something intangible that comes with 10° temperatures.

When the so-called “Polar Vortex” made its second trip to my new neighborhood, a peaceful calm descended. Lights illuminated the drawn shades in what seemed to be greater volume than I had noticed before. All the bustle was muffled by the overpowering chilly force of nature.

Handfuls of compacted snow whirled into the air that comes in hard gusts out of the air vents above the subway when the train arrives. “Brooklyn is a snow globe right now” I said to a friend in California, “It’s magic.”

I find myself dreaming up new, warming eats and drinks. In memory of one of my favorite European travel discoveries, I’m on the hunt for the best Pirogue in Brooklyn, and hopefully someday I will make a borscht recipe that is an incontrovertible favorite.

In the meantime, here are some of the warm items around the web that are making it to the top of my list:

3) Coffee Brewing In The Great Outdoors– Though it may seem like light years off, thought of brewing fresh coffee the right way in the great outdoors is an ongoing daydream. Kinfolk recently published a lovely article on the subject.

4) Vegetable Morrocan Stew– A delicious stew from the journal over at Hearth Magazine.

5) Chicken Pho Recipe– As always, recipe-master Deborah Perlman does it again. Nothing quite compares to the Pho-a-plenty streets of San Francisco, but this brings me back.