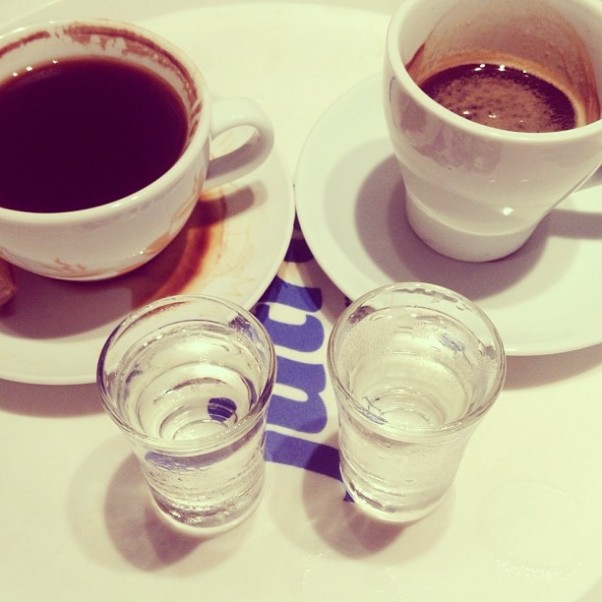 There is a poetry to distilling spirits. I learned this first hand when I spoke with Lance Winters of St. George Distillery for Hearth Magazine a couple of months ago. Distilling a particular fragrance of fruit down to its essence is no small feat, and the process of distillation is in itself a kind of editing–if you cut too much your result is harsh. If you don’t cut enough, there is no definition. 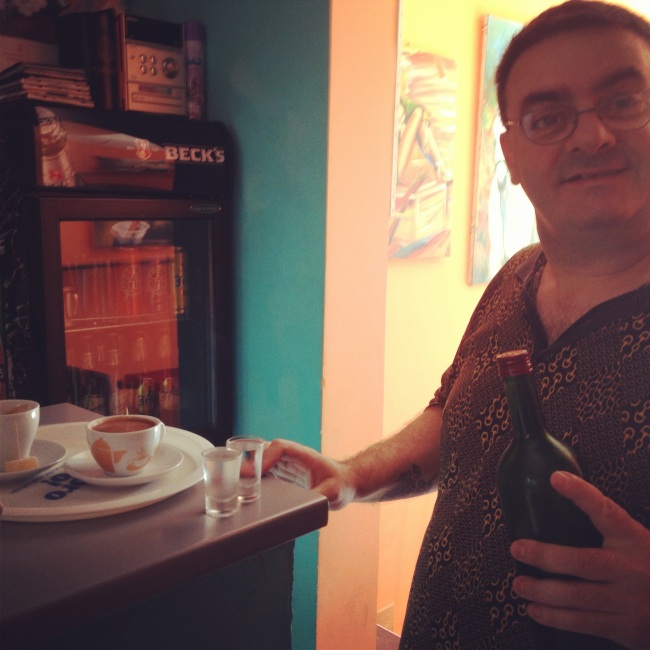 I am astounded by how pervasive homemade brandies are in Eastern Europe and the Balkans. In Montenegro and elsewhere they call it Raki, in Albania Rakija, in Hungary  Pálinka, and everywhere you go the methods and fruits are slightly different. One woman told me that her 85 year old grandmother insists that her continued good health stems from daily Pálinka shots. A coffee store owner (pictured above) in Belgrade pulled out a homemade bottle of Peach Rakija with our coffee orders one morning and poured us two glasses, insisting that it would settle our stomachs. I was getting a haircut in Buda and the hairdresser described with a gleam in his eye the Apple  Pálinka he distills in the wintertime for himself, and for his health.

I thought many times back to my conversation with Lance as I tried the varieties of Eau de Vie in the Balkans and surrounding countries. Some were viscous and sickly sweet, and others (one honey rakija in particular that I’ll never forget) shared more in common with Gasoline than fruit. But each said something distinct about the person, and the place from which they came. 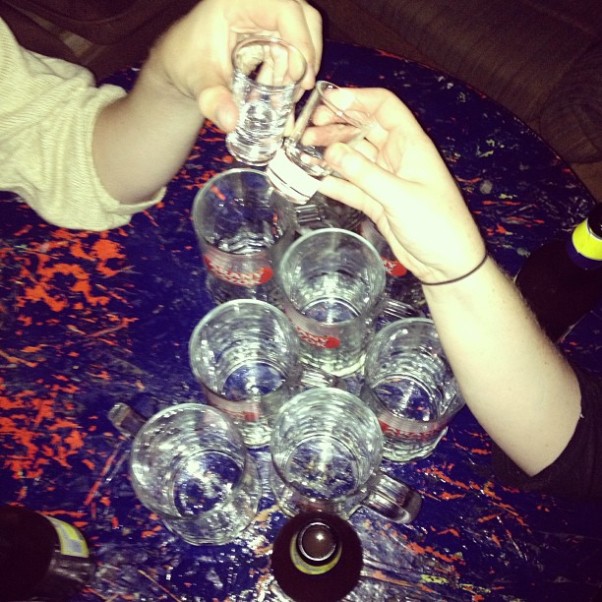 Towards the end of our stay in Hungary I was fortunate enough to be invited to a screening of a documentary about an Hungarian immigrant who had moved to Colombia. In the absence of pears or peaches he and his wife distilled their own  Pálinka out of mangos. So for them, Pálinka said as much about where they came from, as it did about where they were now.

How many can say that about their drink of choice?